I haven´t used my blog since years, but I think it is about time and I have been forced to. I posted three images of my trip to the Dani Tribe (Baliem Valley – West Papua) on Facebook. The first two images were reported by a “friend” of mine and the third one was removed by the Facebook filter which resulted in a 24 hour ban for me from Facebook.

In my honest opinion it is hypocrazy at its best, that a plattform like Facebook allows TV Stations to livestream footage from war zones, images of people posing with guns in their hands, images of war zones, images of Trophy Hunters posing next to dead animals, but it is the worlds badest thing to show images of tribal people. Oh, I forgot that one can see some nipples in the images. I should have asked them to dress in a propper way. Like a friend of mine stated absolutely correct “The Dani should have asked you to dress in a propper way, when you go to their village.” Of course they didn´t. I had an epic time with these wonderful,  warm-hearted and very curious people.

So, who wants to see the imagery that Facebook forced me to take down and ban me for 24 hours…

Here you go. It is horrible, I know…. 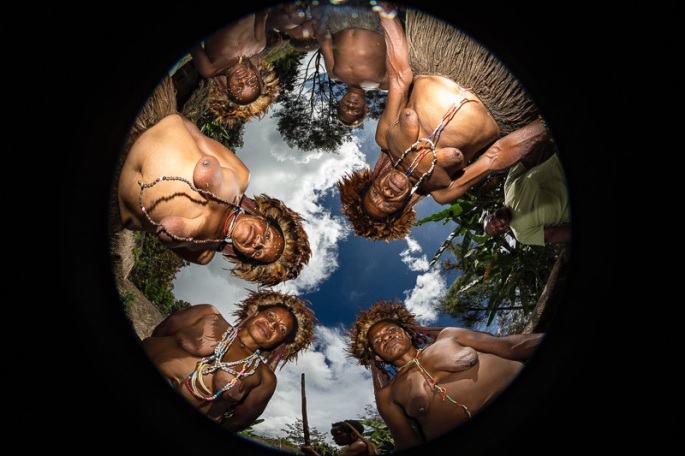